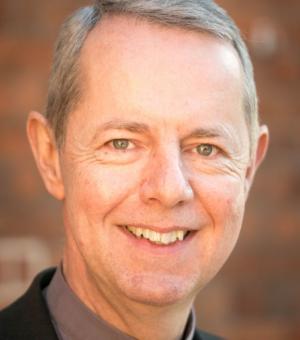 Justyn Terry is the Vice-Principal and Academic Dean at Wycliffe Hall. He previously served as Dean/President (Principal) of Trinity School for Ministry, Pittsburgh, USA, where he was also Professor of Systematic Theology. Before moving to the United States, Justyn was Curate of St John’s Hyde Park, and Vicar of St Helen’s, North Kensington. Prior to ordination, Justyn was a Physics teacher and then an International Marketing Manager in the Electronics Industry.

His academic interests are in the areas of the doctrine of atonement and of Anglican theology, especially as it applies to ministerial practice.

Justyn is married to Cathy, and they have two daughters. For relaxation, he plays jazz trumpet and trombone.

Introduction to Christian Doctrine (sources of theology; the doctrine of atonement).